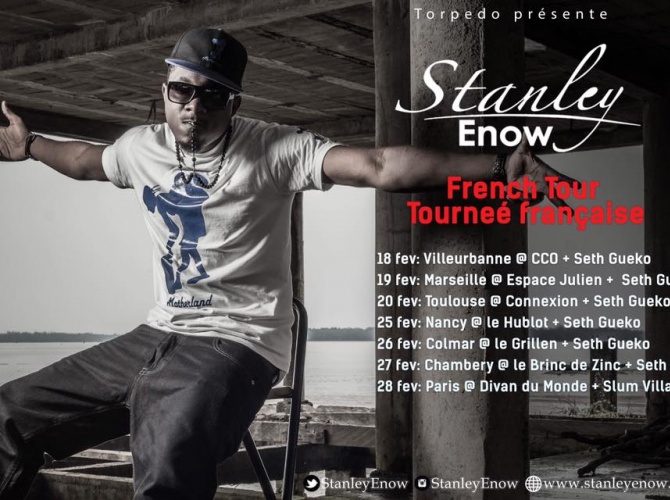 Under the presentation of TORPEDO, Stanley Enow will be on a French tour as from 18 February - 28 February 2016, at the sides of the French rapper Seth Gueko, who will be staging across France in regards of his new project. As one of the main guest artists for this tour the Cameroonian rapper Stanley Enow will've the opportunity to show up his self and present the album SOLDIER LIKE MA PAPA to the French public, the album which was released in 2015,is now available world wide thanks to his main distributors.